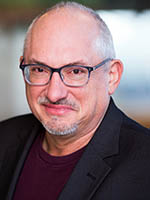 John C. Stark became the Artistic Director of the Festival in August of 2017. Stark has worked extensively at the Illinois Shakespeare Festival, where he has produced 33 designs since 1993, including 20 from the Bard’s canon. He has designed professionally for Chicago theatre companies such as Victory Gardens, Drury Lane Theatre, The Next Theatre, and Famous Door Theatre, where his design of  The Living   won the Joseph Jefferson Award for Scenic Design in 1997. Regional credits include work at Indiana Repertory Theatre, The Garden Theatre (Winter Garden, FL), and Pennsylvania Center Stage.

Stark’s 2012 design for the production  Falling , which originated at the Mustard Seed Theatre in St. Louis, was produced Off Broadway at the Minetta Lane Theatre that year. It received three Drama Desk Award nominations in 2013. His design of  Way to Heaven   at the New Jewish Theatre was nominated for a St. Louis Theatre Circle Award in 2013.

Stark is a member of the United Scenic Artists-829 and a Professor of Design in the School of Theatre and Dance at Illinois State University. He is a native of Nebraska and received his MFA from the University of Nebraska-Lincoln. 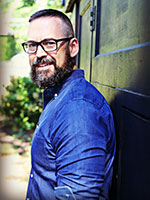 For the Illinois Shakespeare Festival, Robert has directed A MIDSUMMER NIGHT’S DREAM, RICHARD II, and MACBETH.  He is also a member of the 8-Person Artistic Collective at Arkansas Shakespeare Theatre, where he has directed HENRY IV (PART ONE), HAMLET, A MIDSUMMER NIGHT’S DREAM, and RICHARD III.  Other directing credits include productions with Taproot Theatre (Seattle), Fire Exit Theatre (Calgary), Fifth House Ensemble (Chicago), Nanyang Academy of Fine Arts (Singapore), and First Stage Children’s Theatre (Milwaukee).  Robert is the Head of the MFA Directing Program at Illinois State University, having previously headed the Directing Program at Purdue University.  For three seasons, he was the Associate Artistic Director and Casting Director for the Milwaukee Shakespeare Company.  He is a member of the Society of Stage Directors and Choreographers.

Ann Haugo also serves as Interim Director of the School of Theatre and Dance. A past president of the Mid-America Theatre Conference, former Advisory Board member for Project HOOP (Honoring our Origins and People through Native Theatre, Education, and Community Development), and founding convener of the Indigenous Americas working group within the American Society for Theatre Research. She publishes largely on American Indian/First Nations theatre. Her current projects include an oral history of the Festival. She directs the Master’s Program in Theatre Studies and is a core member of the Women’s and Gender Studies faculty. She holds a Ph.D. in Theatre History from UIUC.

Molly Briggs-Yonke is proud to be serving her second year in this position at the Illinois Shakespeare Festival, where she can blend accounting and creative communication efforts. Molly joined the Illinois State University School of Theatre and Dance administrative staff in 2017 after three years in the finance department at Chicago Shakespeare Theater on Navy Pier. She earned her B.A. in Theatre at Illinois State University, with concentrations in Acting and Theatre Management. 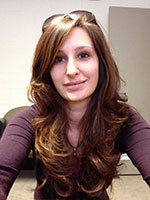 Elena Hansen joined the Illinois Shakespeare Festival and the ISU School of Theatre and Dance as the Production Manager in 2017. She has worked and travelled all over the world and is happy to make Bloomington-Normal home. She holds an M.F.A. in Stage Management from University of Cincinnati’s College - Conservatory of Music (CCM) and a B.A. in Theatre Design/Production from Louisiana State University. Elena is a proud member of Actors’ Equity Association. 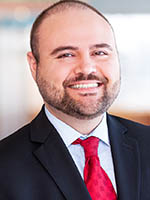 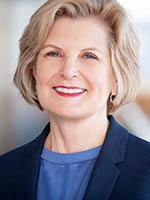 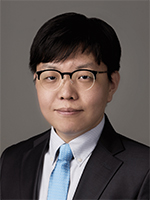 Kee-Yoon Nahm joined the Illinois Shakespeare Festival as Festival Dramaturg in 2018, where he curates the online article series "Beyond the Stage: Dramaturgy Notes for the Illinois Shakespeare Festival." He works internationally as a dramaturg, theatre translator, researcher, and critic, in addition to his position as Assistant Professor of Theatre Studies at Illinois State University. His theatre translations have been staged at the National Theatre Company of Korea, Seoul Performing Arts Festival, Illinois State University, Hanyang University, and Yale Cabaret. His production dramaturgy credits include Romeo and Juliet at Yale Repertory Theatre and Kokdu at the National Gugak Center in Seoul. Kee-Yoon holds a D.F.A. and M.F.A. in Dramaturgy and Dramatic Criticism from the Yale School of Drama.